Continuing our series on new features in the RStudio v1.2 preview release, we would like to introduce shinytest. shinytest is a package to perform automated testing for Shiny apps, which allows us to:

shinytest is available on CRAN, supported in RStudio v1.2 preview and can be installed as follows: 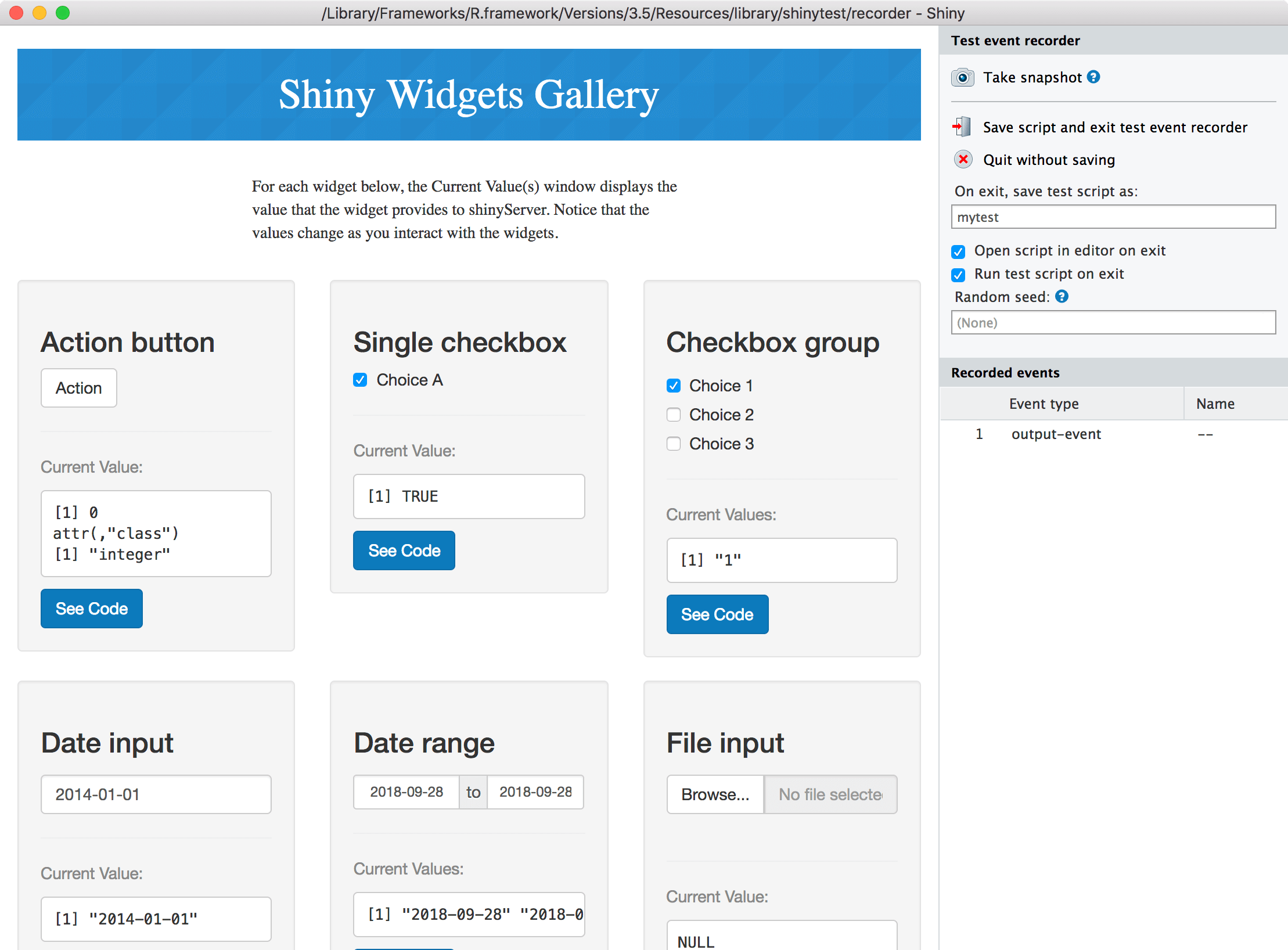 This is the general procedure for recording tests:

To record a test from RStudio v1.2, when an application file (app.R, server.R, ui.R, or global.R) is open in the editor, a button labeled Run App will show at the top of the editor pane. If you click on the small black triangle next to Run App, a menu will appear.

On the left is the target app (in this case, the “Shiny Widgets Gallery”), and on the right is the recorder app (titled “Test event recorder”). Note that you may need to make the browser window wider because the recorder panel occupies some space.

The panel on the right displays some controls for the test recorder, as well as a list of Recorded events. As you interact with the target app – in other words, when you set inputs on the app – you will see those interactions recorded in the Recorded events list.

For testing a Shiny application, setting inputs is only one part. It’s also necessary to check that the application produces the correct outputs. This is accomplished by taking snapshots of the application’s state.

When you quit the test recorder, it will automatically run the test script. There are three separate components involved in running the tests:

When you exit the test recorder, it will by default automatically run the test script, and will print something like this:

Behind the scenes, it runs testApp(). You can manually run the tests with this:

From RStudio v1.2, you can simply Run Tests from the drop down menu in your Shiny app source file:

After the initial test run, you can run the tests again in the future to check for changes in your application’s behavior.

If there are any differences between the current and expected results, you’ll see this output in R:

When running inside RStudio, failed test are visible under the issues tab. 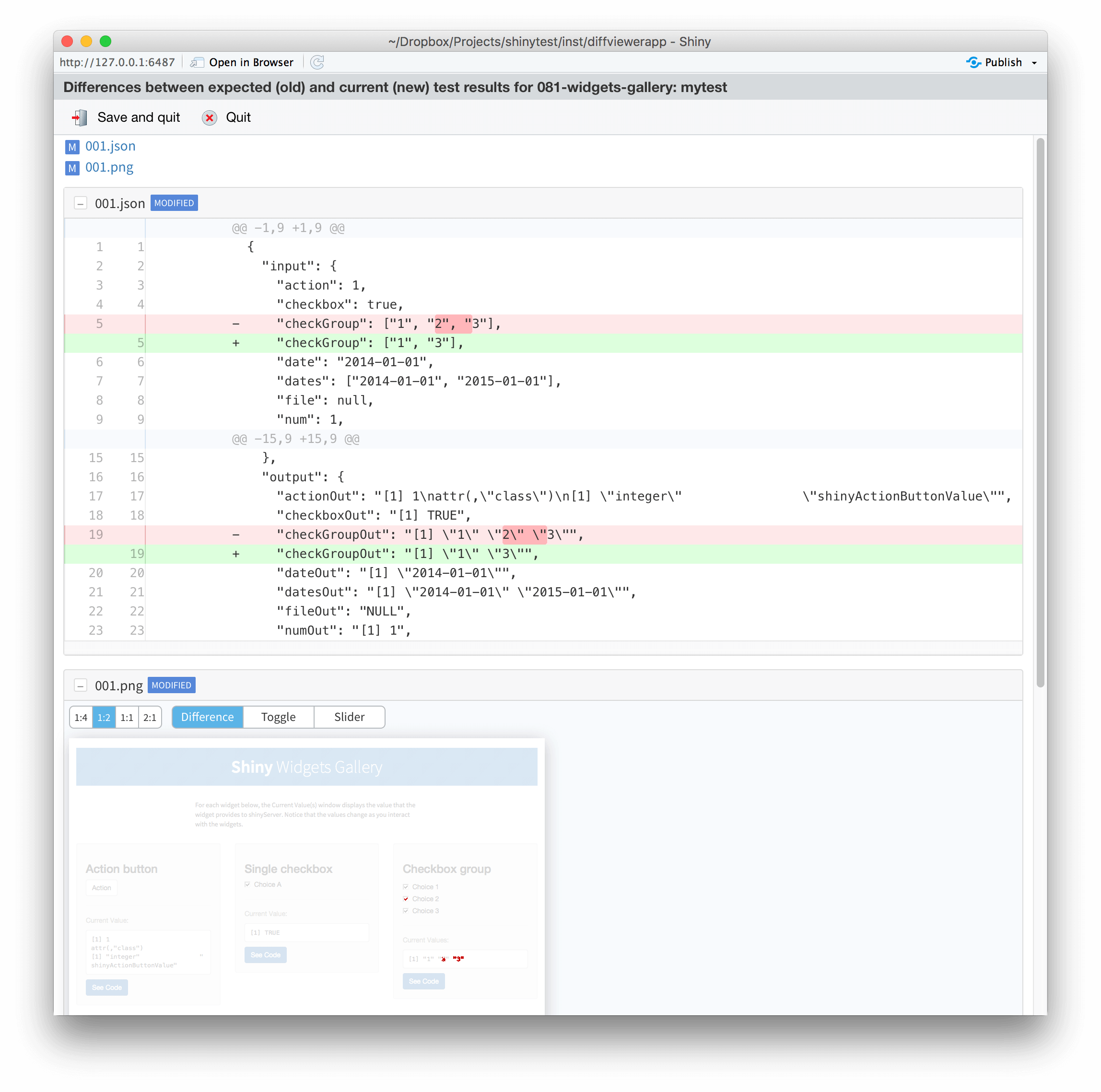 While shinytest is well suited for testing Shiny applications, you can also consider testing particular functions using the testthat package. While we won’t discuss in detail the testthat package in this post, we would like to highlight a couple improvements in RStudio v1.2.

First, similar to shinytest tests, you can now run specific testthat tests from each source file, this is useful to quickly validate specific functionality or troubleshot broken tests with ease, a new Run Tests command is available on the top-right of each test file:

Second, when tests fail, you can switch into a new Issues tab to browse a list of failed issues. You can also double-click each entry to open the file associated with the failure:

You can try this new functionality in the RStudio v1.2 Preview Release at https://www.rstudio.com/products/rstudio/download/preview/. If you have any questions or comments, please get in touch with us on the community forums.